The Future of Dharma in a Rapidly Changing World 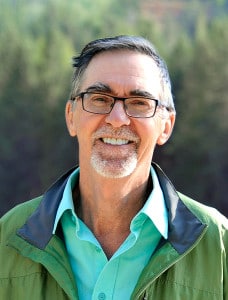 It’s a fast world and it’s a rapidly changing world and for many that’s scary. But we have to remember that the universe is compassionate by its very nature. The proof is that it has produced beings that can investigate it, explore it and even become self aware in it!

Current thinking says knowledge and experience can be quickly attained. This is only partially true. It is also seems that knowledge and diversified experience is passing for wisdom which isn’t true at all. Wisdom is rooted in receptivity, surrender, and it is the last thing the ego wants to do. The ego wants to primp. These days that’s done through posturing and pontificating and ‘knowing too much’.

Training is at the heart of passion, freedom and spiritual realization

Realization takes time and persistent effort – it is called training. Training is not punishment or even criticism, anymore than emotionalism equals freedom. Freedom is passion and the heart of passion is in the training. 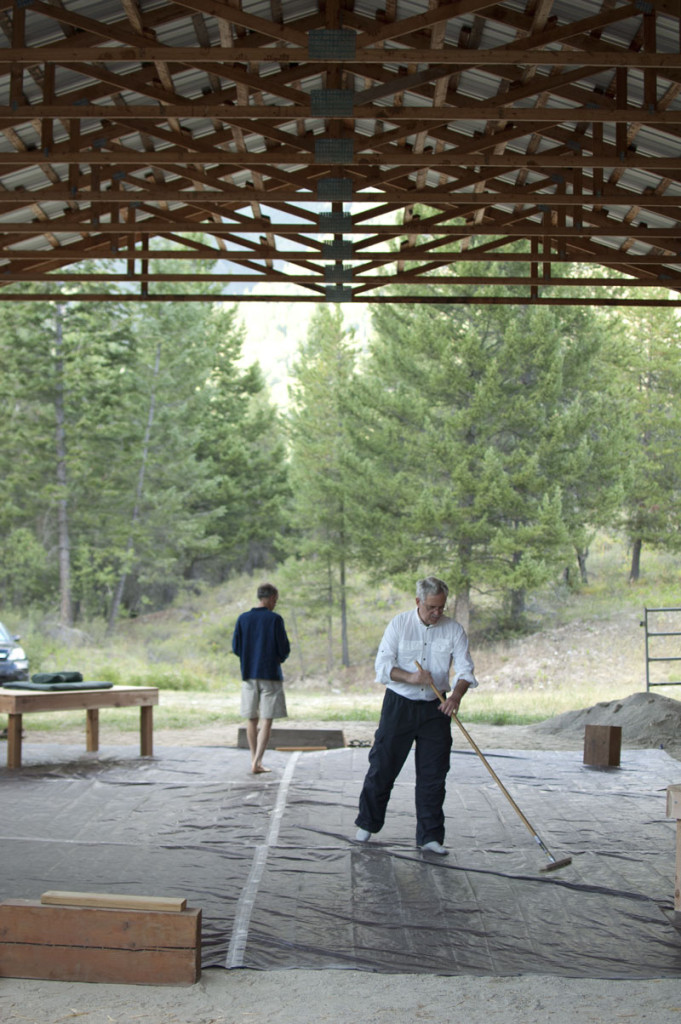 Freedom needs to be uncovered from under layers of behaviors and habits that rest on top of conditioning. Conditioning hides the ‘unbearable hurt’. The unbearable hurt is rooted in separation and dependency. Freedom is the recognition that acknowledging these feelings is a necessary step in our surrender. Surrender requires training; as we need to develop the core realization at the center of our being, that our ‘aloneness’, is an illusion of our cruel taskmaster –the self.

One theory says it takes 10,000 hours of training to get good at anything. Historically this training was acquired in monasteries or in a yogic relationship over years of living with a teacher. Almost no one is doing this anymore. We have a generation or three of untrained spiritual seekers who wonder why the results are elusive. This is why.

Lets be clear training is not just sitting around listening or talking dharma nor is it “do what you like when you like” to the degree you like or with whom you like. Training is a commitment of time, energy and effort to engage in a relationship that interrupts your ego preference mind, which short circuits your habitual thinking, and disengages your emotionalism. At the same time it serves the awakening principle (teachers/trainers) and the organization that presents it. 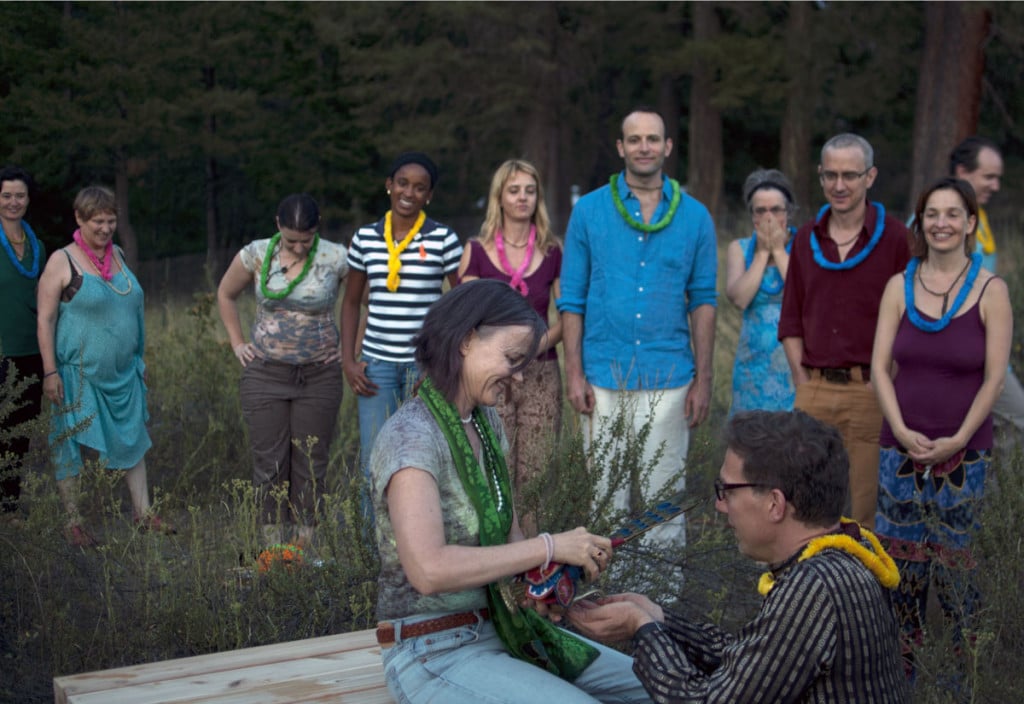 Training is not a loss of freedom it is the beginning of freedom. Karma Yoga is not the enslavement of the self it is the unfolding of Self. The loss of boundaries (an unintended consequence of feminist movement), was also the enshrinement of the ‘me’. Today ‘me-ism’ passes for realization because some knowledge and experiences pass for wisdom. Being able to argue doesn’t mean you’re wise!

After all, the Buddha was simply called a trainer. Arguably, there are very few trainers or trainees in the teaching anymore. This is not a comforting situation for the development of awakening beings.

The good news is we already have over 10,000 hours of life; we just need to separate the wheat from the chaff. But how?

Going forward, the teachings of Dharma will change 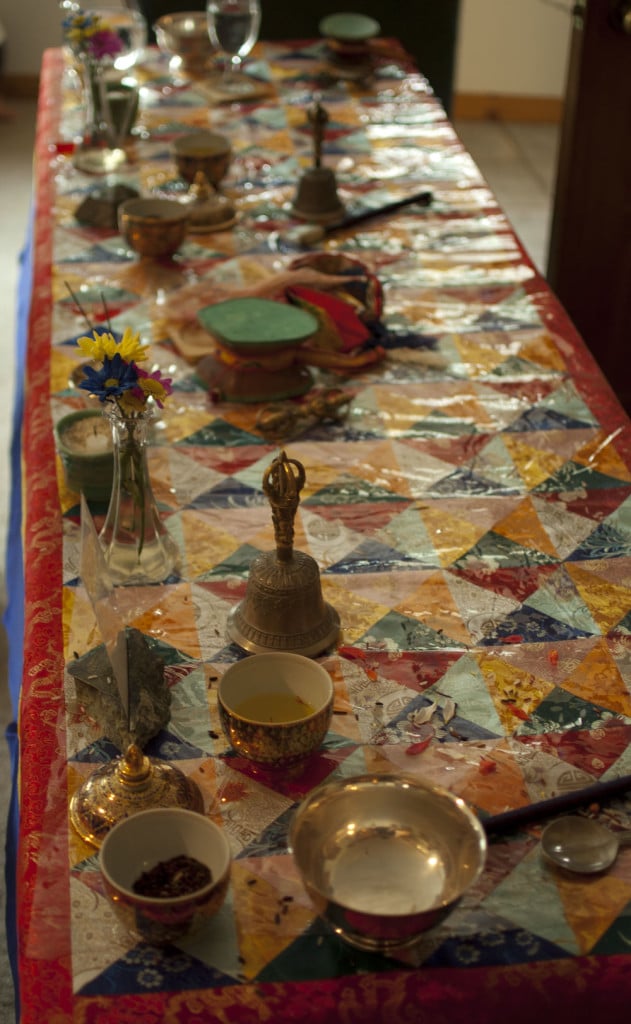 Going forward, the teaching will change. When Buddhism went from India to the Himalayan kingdoms it encountered Bon, shamanism. Bon was the ‘cultural standard’ of the time. In India, philosophers (in the guise of monks) were supported by their communities. Also in Tibet, et al, monks were supported in their quest for liberation by the communities. Both civilizations were agrarian. People had the time to meditate or do mantras and visualize while doing their jobs.

In our modern world work it’s not like this. Most work requires focusing on often complicated and involved processes that take our full attention. There is no space for traditional meditation methods. Further, wisdom – liberation – is not an established value in our society and therefore the pursuit of it is not supported.

How will dharma reshape business? When Buddhism went to the Himalayas the dorje was a weapon of war, it was used to kill people. Now it is a symbol of the awakening mind, skill in action. In the same way Tibetan Buddhism transformed the dorje, we can transform business and other organizations.

We have some early methodologies, such as our own quadruple bottom line that embraces spirituality, environment, economy and social sustainability. There is also Peter Senge’s Fifth Discipline, Theory U, and Integral Spirituality that recognize the distinction between spiritual states and levels of psychic maturity. We will also need meaningful communities where people live and work together to shape the modern dispensation. In a larger context this will include a planetary view that will include virtual community as an extension of the physical ones. Also the internet and smart phones are the great levelers – they democratize the world. 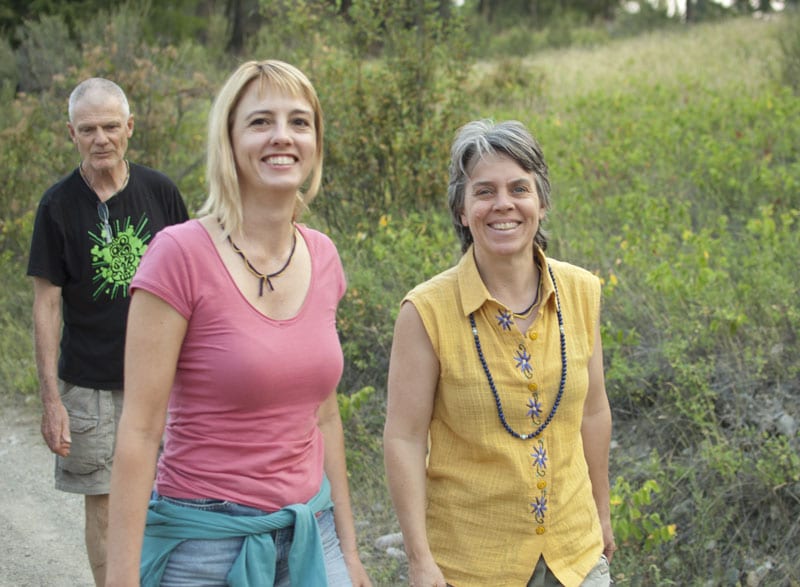 Consumerism, the alter-ego of capitalism, currently drowns the voices of egalitarianism, but its days are running out. It is the mandate of places like Clear Sky and people like us to set up the infrastructure, organize the operating systems and create the social templates that will lead humanity forward in the coming age.

Beings like Namgyal Rinpoche turned on the lights of the modern era. It is our generation’s mandate to begin the process of erecting the edifice. At Clear Sky, we’re ten years in and have moved with alacrity towards the future. Old systems are falling off us almost as quickly as we discover and embrace the new ones.

But as the Dalai Lama said (paraphrased)  “tough times are where the practice is proven”.

One last thought. Embrace your life today, show up naked and fully clothed to engage the discovery of where we are headed. Forget the lost child (you’ll meet him again next lifetime anyway). Joy and bliss are your sword and shield, and as Arjuna learned from Krishna, the battle is already over and the dead have risen to embrace the light.

So this was the high flung view but is useless without the mechanics on the ground, the embodiment must take on flesh. 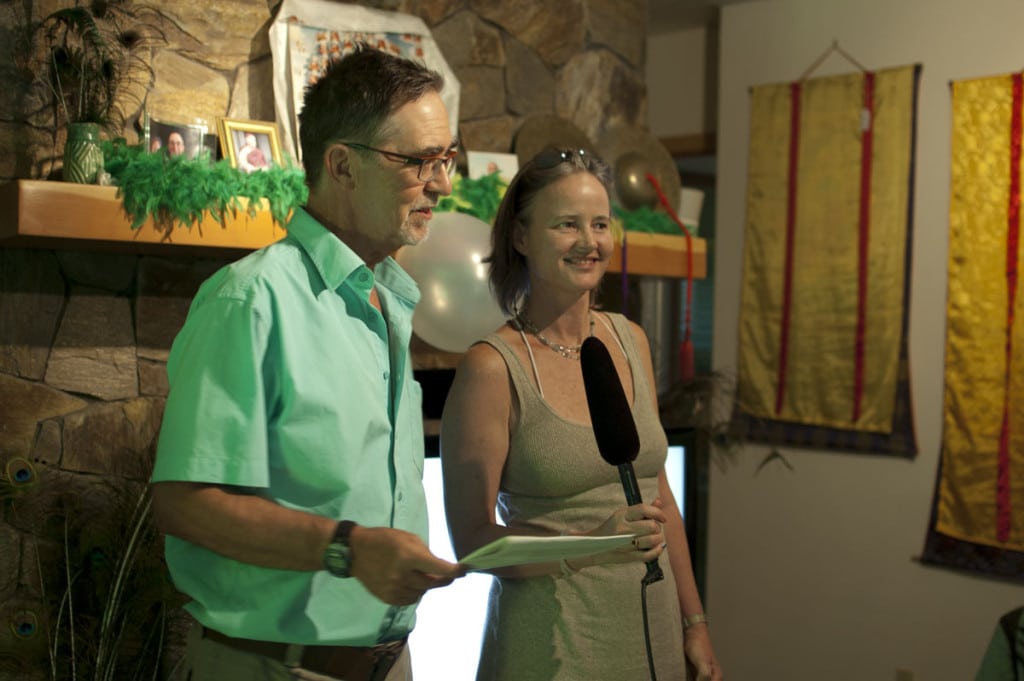 Finally, it is time for gratitude and thanks. So here is a “very incomplete list” of some of those that got us (Clear Sky Centre) started. We’re only mentioning a few here who are perhaps overlooked or who we don’t see that much these days.

– Paul Jaffe who got us banking and gave us a big financial lift
– Edmund Jones who basically built the sanctuary and helped get us registered and legal and helped find our center.
– The Polands, The Gellmans, Ian Langs, John Munro, Winnie and Tsuneo, Lorna Kopelow, Michale Hofmann and Peggy Smith were large contributors in our early days some of whom offered a loan and ended up giving it as a gift.
– Our guarantors who had the faith to support us and be on the line financially for 5 yrs (Lynn Huaka and her ex, Heather Gordon, Rik Jesperson, Jane Mortifee).
– Maureen Smith our first caretaker.
– Kim Lenglet who built Sky Roots and Duncan Cryle for managing it.
– Our early Board members (Duncan etc) and early kitchen managers like Ela Albisser, Cheryl Gelmann and Denise Haugh
– Michelle Heinz and Cara Conroy-Low who got the farm going

And I cannot thank enough Catherine Pawasarat who gave up most everything personal and has dedicated her life to helping make all this happen. But chiefly as our Visionary Officer who has not only consistently seen where we need to go before we knew we needed to go there but has initiated and/or participated in most of our projects. I hope by now you are all listening?

And then there’s all the rest of you who have contributed in many and countless ways whom we can’t mention one by one only due to time available not with regard to the value and efforts of your contributions.

Photos on this page were taken during Clear Sky Center’s AGM and 10th Anniversary celebrations in August 2015, © Daniel Steinbock.