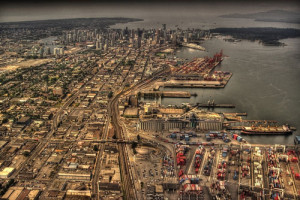 Everyone reading this is aware that we live in a society that is pervasively capitalistic. Merriam Webster defines capitalism as an “economic system characterized by private or corporate ownership of capital goods, by investments that are determined by private decision, and by prices, production, and the distribution of goods that are determined mainly by competition in a free market.” And who defines the parameters of “ownership?”.  With a “free market,” what exactly is “free?”

The unconscious Mother-Child dynamic in capitalism and egocentric behaviour 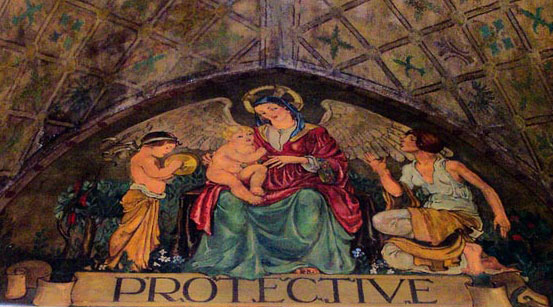 More to the point, where does this model come from? Could it come from our own upbringings? We could consider mother the resource from which a child draws support or energy (capital) in order to pursue his or her own (private) goals (investments). We posit that the child then considers the mother’s energy to be its own (ownership) and rarely considers the source (mother) nor does it offer any return on her investment. Mothers accept their child’s love as payment enough. The child may or may not have any idea what that means. We might frame it by describing mother as the ultimate creditor. In all likelihood she may hope for – but does not demand and perhaps not even expect – a return on her investment. As we grow up, it’s natural that this becomes the basis for how we believe things should work: I should get what I need (energy) for nothing and use it to get other things (goods) I want. We see this dynamic play out in many aspects of life. For example, a businessman may generate profits from the labor of those who work for him, while not giving fair compensation. A wife may work all the time and generally ignore her partner, but expect attention from him on demand. Or a housemate may leave his dishes for his roommate to clean up. On a grander scale, mother represents our access to fresh air and clean water, a planetary imperative for a sustainable human population that respects and is balanced in regard to the environment. Both capitalist and egocentric systems tend to ignore these things until they can’t. Or, unfortunately, maybe even beyond that point.

Our spiritual guides and the mother/child dialogue 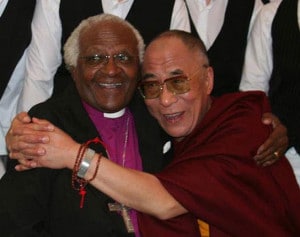 We often use our spiritual mentors and guides the same way, particularly if the spiritual practice is based in a model of generosity. In the East this system or practice is called dāna, the Sanskrit word for generosity. With the dāna system, teachers’ time and energy are freely shared in order to support, educate and train spiritual practitioners. To support this system and balance the exchange, spiritual practitioners support the teachers in whatever ways they can, including financially. If we consider spiritual welfare as one of the most precious “commodities” on the planet, next only to environmental health, one might imagine that true spiritual teachers would be rewarded highly. In both the East and the West, there tends to be an unspoken expectation that our religious leaders should demonstrate their virtue through remaining relatively poor. We see this in the Jesuit vows of poverty, chastity and obedience. In some Buddhist lineages in Asia, there is a vow to have only enough food and clothing to do one’s work. 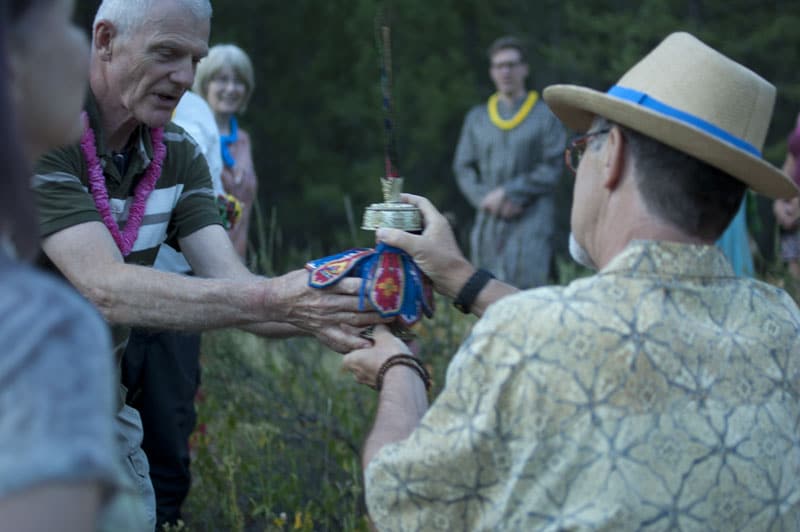 In the West, we may be unaware that we pick and choose somewhat randomly, and thus construct a strange model for ourselves. We want to “be spiritual,” and don’t want to be poor. That’s ok. However, this mental model may drive us to then draw down from others’ spiritual resources, and “spend” them on our own relatively self-centered goals. For example, we might skillfully cultivate a business image based on our spiritual practice – and sharing our spiritual foundations in this way may be a wonderful thing. However, if we’re not using our business success to support those who’ve guided our spiritual path, then we’ve created a false economy. It’s the mother/child dialogue all over again.

We know that the child must one day become a “parent” themselves – metaphorically or actually – in order to mature.  Thus if we continue to draw down on others’ spiritual capital indefinitely, we are choosing to remain spiritually immature. Young people by nature enjoy playing, so these spiritual resources are most likely spent on short-term pleasures and less where they are best invested: on our planet, our spiritual communities or the welfare of future generations. In some parts of the world, we have between one and three generations of “Peter Pan” humans who prefer to not grow up. The nuclear era installed us with the fear that everything could end tomorrow, and planetary challenges like climate change and mass species’ extinction are adding weight to that societal mental model. We have the power to choose to imagine and create a future where organic food is the norm, where we choose to balance our human population at levels that are sustainable given our planetary resources, where beings are supported in proportion to their contributions, and where fair trade is the obvious choice to ensure human relationships worldwide are healthy and friendly. And since (wo)man doesn’t live by bread alone, that artists are supported for giving expression to our joys and sorrows, and thereby easing our daily burden.  It is well within our power to ensure parents are honored for giving and nurturing life, and as well the planet, the ultimate life-giver and nurturer. Most importantly, we could create a life where our spiritual guides – the people who show us beneficial and pleasant mindstates, the path to freedom – are valued and appreciated at all levels. What a victory it would be for humanity to construct successful social and economic models built on generosity. People who live and work based in a generosity model are trusting the universe enough to give freely without charge, knowing that the universe will give freely back. It’s our hope that more people can lean into cultivating this as a robust model of living. How else will we grow up? — Doug Duncan and Catherine Pawasarat will be teaching at Vancouver’s Banyen Books on October 23, 2015 and leading a retreat on the Hero’s Journey at Hollyhock Retreat Center on Cortes Island from Oct 25-30, 2015. See their full teaching schedule for other retreats and courses.