Trust and the Teacher-Student Relationship

Doug Duncan Sensei shares about his relationship with his teacher, Namgyal Rinpoche, and his own experience of teaching now.  This is an excerpt from the Kyoto Journal article ‘Moving Into the Stream: An Interview with Dharma Teacher Achariya Doug Duncan’ by Brendan Joseph Ries.

What were your biggest obstacles as a beginning student of Namgyal Rinpoche?

Well number one of course is resistance. He never really told you what to do so much as he just demonstrated more where you were blocked or where your persona was getting in the way of your dharma. Where your drama was defeating your dharma.

As ego entities, our illusions of being single, independent and permanent, everything is self-referenced. The obstacles are the suffering that results from that position, and in a sense they are the same for everybody.

Trust in the urge to surrender. The ego can’t surrender easily. The ego’s fear of surrendering comes from the idea of losing, being defeated, or being subsumed or disappearing.

How long did it take you to surrender? 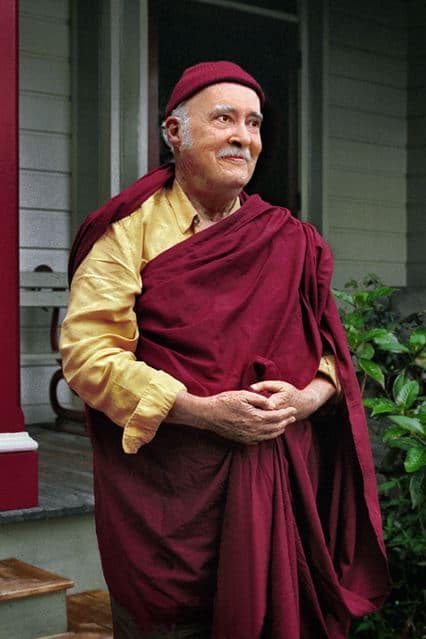 I’m still doing it. I used to wonder if trust was awakening and Namgyal said, “Complete trust is complete awakening,” so you have got to figure out what to trust. Do you trust your government and religion? Do you trust your politics, money, prejudices and biases? What do you trust? It takes time to trust the awakening and use the Guru as an example of that. Namgyal said it’s not so much definitive marks but a gradual polishing of the stone. It gets shinier and shinier.

What do you feel your biggest obstacles are now, as a teacher?

Competing with consumerism. Competing with what they are calling a D-I-Y Dharma, which is “do it yourself.” I understand their motivation and where they are coming from but the nature of the ego is that its blind to its own identity. You can go from teacher to teacher, or practice in the manner of “Oh I’ll get awakened like I learn how to ride my bicycle.” It’s become a bit superficial like “feel good be happy,” more than “wake up, be wise and compassionate.” 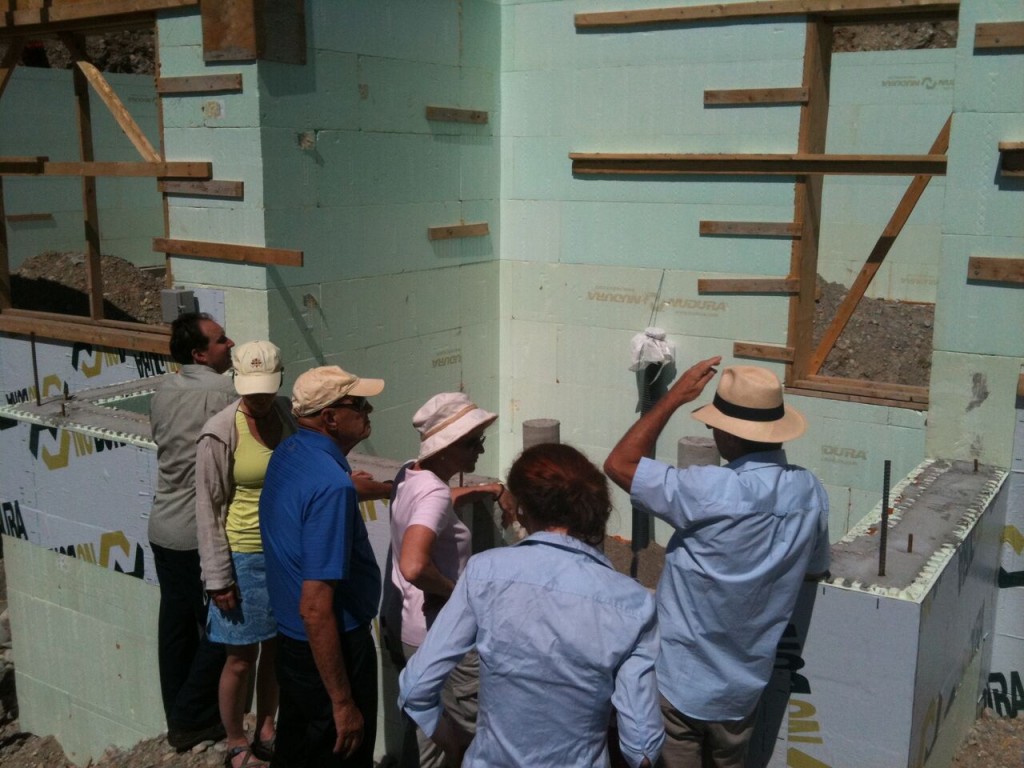 On the other hand I find young people very keen and interested in community. I don’t think awakening is at the top of their list but a better way of living is, and that’s a kind of awakening. I think they are jaded because of the guru thing of the 60’s, and many think it’s just one more con.  These are things we run into.

When I started there was one teacher around; now there is a teacher everywhere. It was a narrower window. If you were into it, you were really into it. Now you can be into and out of it and into it again and into it over here and into it over there. It’s hard to get energy moving into the stream to make the breakthrough that way. One of the largest problems, the commitment and dedication to do something deeply and fully is weaker. The commitment and aspiration is more eclectic, more widespread, so it’s harder to get the energies focused.

Your greatest opportunities as a teacher?

The availability and interest in new ways of learning and growing.  I think old religion will go. Even the Dalai Lama said recently it may be the end time of religion. The word religion means to re-link. Re-ligious like ligament, to link back. So that principle will remain, we still need to link back to our original natures which are awakened. 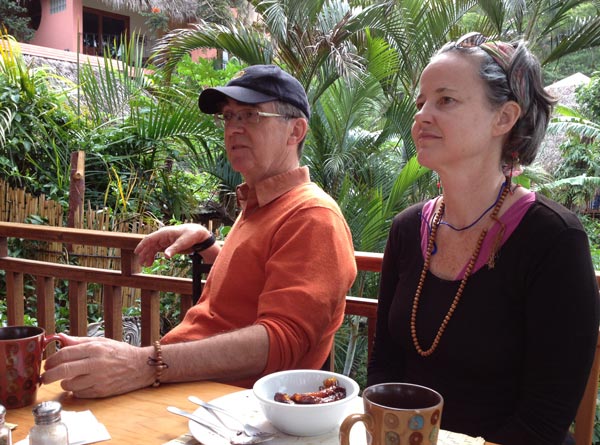 The idea that you have to follow one religion to get to heaven, that kind of Piscean hierarchical kind of thinking, it’s time for that to go. I think it will be much more like a circle or module where pieces fit and slot together better. That’s happening; a lot of young people don’t want to be slotted into a religion. They want to fit into a whole experience from how they earn their money, to their family, friends, life, work and to the spiritual aspect. Up until now, it’s been spiritual over here and economic life over there. This is a huge new opportunity that is dawning, the inquisitive, inquiring, and desiring mind. People want to live and work for themselves or in groups that are local and cooperative.  Dharma has always been about this.

I think the emergence of the co-teacher, is huge. Catherine Pawasarat and I co-teach. The idea that people can teach in partnership. The idea that two people can teach together at the same time with equal billing. Typically, women teach and their husbands do the supporting, or men teach and their wives do the supporting. One gets attention and the other doesn’t. Now we are getting to a place where two people, lesbian, gay, straight whatever—can teach at the same time. This phenomenon will eventually lead us into group guru.

How can you characterize a healthy relationship between teacher and student? 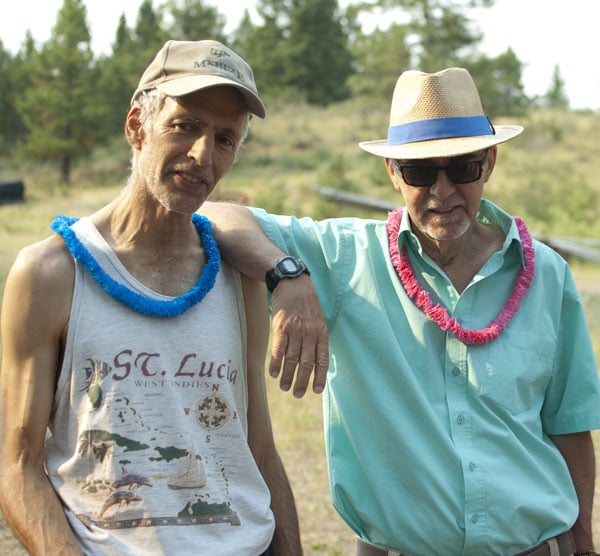 The teacher has to realize they aren’t teachers but trainers. The students must learn that if they are promoted, it’s not from being a student to being a teacher; they have just learned the training. The salutation to the Buddha calls him a trainer of gods and men, not a teacher.

If you’re going to be a student you’ve got to listen, and many students don’t want to listen; they just want to be affirmed in their current knowledge, which is no way to learn.  The teacher has to have enough intention not just to be praised as a teacher, but also to challenge students on their unwillingness to listen. Mentoring has both a peaceful and an energetic side to it, both of which are necessary to see through blind spots. The teacher has to be willing to teach using both sides, and the student must be willing to meet both sides.

What are some goals you’d like to accomplish in this lifetime?

Get wiser and more compassionate, for sure. More skillful with helping beings and mentoring, continuing to guide and support. Lead beings to have clearer states at the least and awakening at the best. Continue to build centers with Catherine and others, to be places where people can practice, study and grow.

Women are still ignored in some strange way and I think that the empowerment of females and women to be readily seen as teachers and seen as teachers, is one of my big goals. I think women are usually seen as teachers if they’re independent, but not particularly if they’re in a partner relationship. I think the next step is for the co-teachers—the lama and the laman to teach together where the woman isn’t ignored. That’s really hard to get across not only to men, but curiously enough, to women too.

If you would like to find out more about Doug and Catherine’s teachings, sign up and receive a free taster or Doug’s book “Dharma if You Dare“.